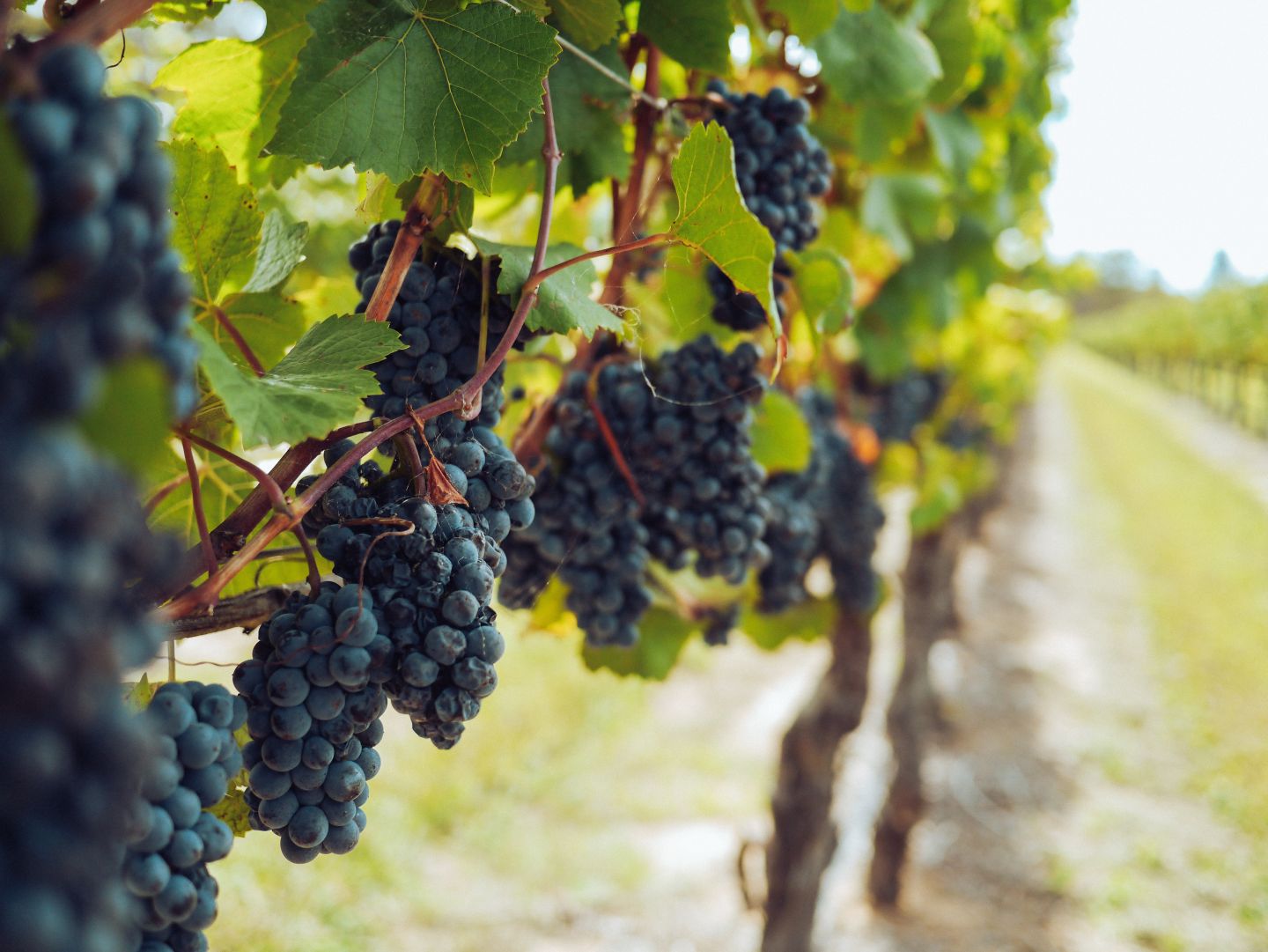 Visiting a country is always more entertaining when tasting local, traditional goods especially wine and especially in Georgia. A hundred years’ worth of history wine trapped inside every bottle is waiting to be degustated. Like Rome, Georgia is considered to be a homeland for good quality wine. On the other hand, as well as in every Italian family they make their own pizza that is unique, in Georgia, almost every family having a village makes their own wine. Thus, if you wish to explore and discover all the perils of fine wine from Caucasia, book a flight or buy a bus ticket to Georgia. 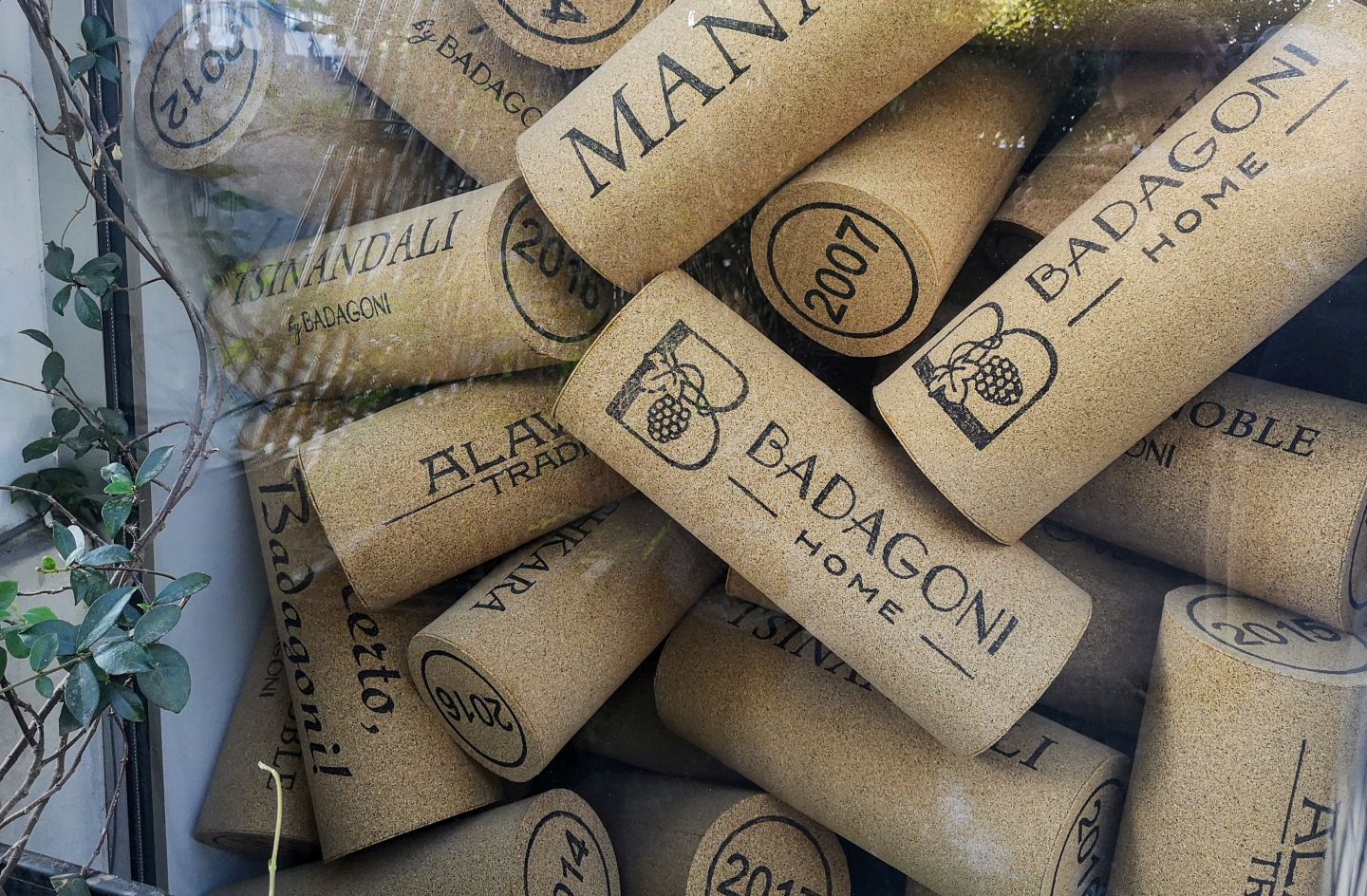 Did you know that in 2013, UNESCO decided to include an ancient Georgian winemaking method which was performed with Kvevri clay jars to the UNESCO Intangible Cultural Heritage Lists? We are talking about a tradition originating and developing from 6000 BC. Ancient knowledge of winemaking is not just an orally transmitted folklore or just a dead part of history, throughout the centuries wine had been appreciated and treasured by a lot of artists. The drinking culture in Georgia can be discovered in historical pottery as well as jewelry found in archeological excavations. The main expression for that would have been carvings of the vine, grape clusters, and leaves. In total, there are 400 traditional grape varieties, but just 38 of them have successfully been used for commercially profitable winemaking. Like French wines like Bordeaux or Burgundy, Georgian wines traditionally carry the name of the region, district, or village where it originated. The five most popular regions for wine growing are Kakheti, Kartli, Imereti, Racha-Lechkhumi and Kvemo Svaneti, and Adjara. Note that the types of wines differ and are categorized as sweet, semi-sweet, semi-dry, dry, fortified, and sparkling.

There even is a legend about the soldiers, who used to weave a piece of grapevine into the chain mail protecting their chests, so in case of death, a vine sprouted not just from their bodies, but their hearts. This is how much significance and love Georgians carry for wine.

If you come to Georgia, make sure to taste some of the finest wines from the region. To compare, wines from Imereti tend to be less tannic while wines from Kakheti are brimming with fruits and tannins. So here are five different, must-try flavor suggestions: 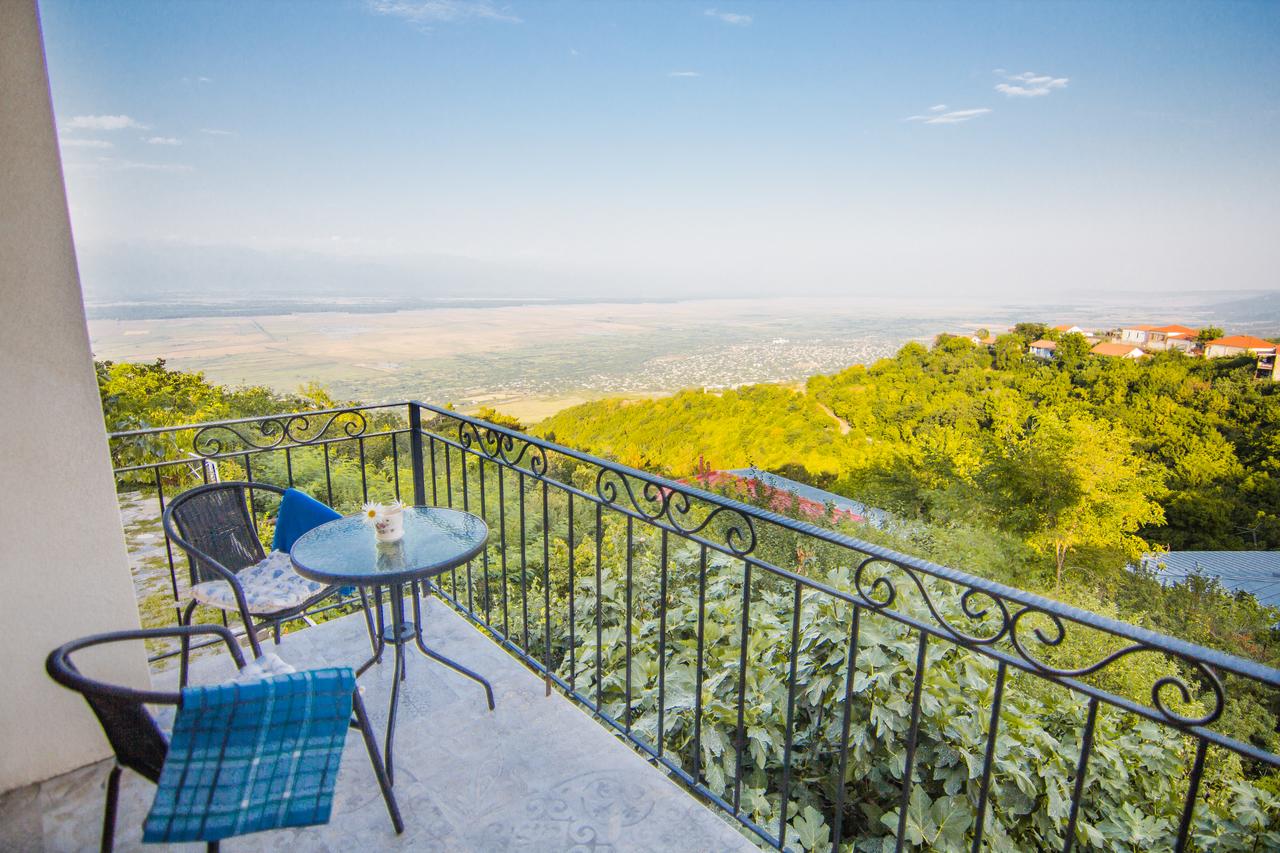 Kakheti region is one of the leaders in the wine production industry and a good choice to add to your Georgia travel route. A technique of winemaking is combined with modern technology and ancient traditions. This is what makes a unique taste of Kakhetian wine. This is a place where whatever door you knock on, every family has its own grapevine, way, and tradition of making a custom family wine.

You can go to Sighnaghi if you are in a mood of love, as the city is also known as “A city of love”. Another suggestion is visiting Manavi, as while tasting a fine wine you can also get lost in the beautifully adorned garden of the winery.

On the other hand, visiting Tsinandali would be winning a lottery as you can tour a whole historical estate. Make sure to get a guided tour and do not miss out on any magnificent views or informational and delicious tastings. Note that all three cities located in Kakheti can easily be visited on a one-day-trip from Tbilisi.

There are georgian wineries in every city of a wine region, and every street in the city. There are newly established ones as well as hundred-years worth of history. You can visit the most of them and have a glass of wine on your Georgia Trip. 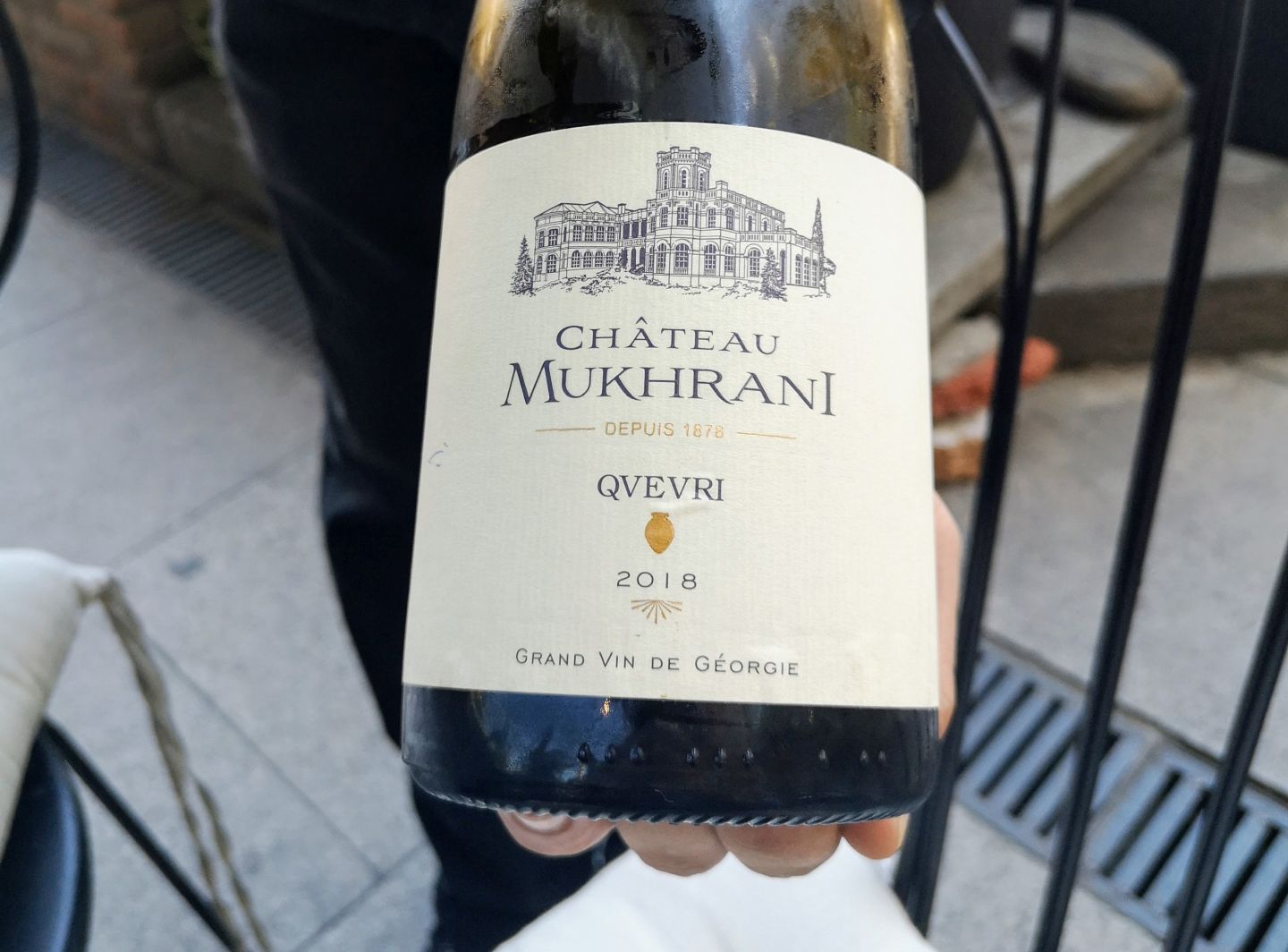 Along with thousands of places to buy and taste wine, Chateau Muhkrani is one of the most trusted and time-tested wineries. If you are interested in the royal family produced wine as well as some traditional, breath-taking legends, this is the place for you. You not only get to taste a royal wine, but you actually are going to visit a real castle with a garden and unique cellars. If you want to experience the fullest, you can have riding tours on English as well as Arabian horses. In addition, instead of waiting for your food to be prepared, you could take a culinary master class or Khinkali making and just treat yourself with your own made Georgian traditional food.  Plus, it is just a 25-minute drive from Tbilisi.

Another worth visiting winery is the Mildiani family winery in Kakheti, Tsinandali. In the case of visiting you will hear a great story of four determined brothers who in 1991 created an industry starting from the bottom, which nowadays has even won a silver badge in international wine contest “Vinalies Internationales” in 2004. The view and scenery make you want to take pictures or videos while tasting Kakhetian’s 29-year-old tradition. If you go wine shopping I would definitely recommend buying Mildiani’s Tvishi.

The Shumi Winery is a good choice if you are looking for a more historical or mythological experience. Along with tasting some of the most prominent glasses of wine out of over 400 indigenous varieties, on the tour you are going to hear some of the most interesting mythological stories connected to the creation of the wine brand. Also, it is worth mentioning that the winery has its own museum where you can travel in time and see ancient wine artifacts. The Shumi Winery is located in Tsinandali, Kakheti region.

The Khareba winery can easily be found in any part of Georgia. Tbilisi, Batumi, Mtskheta, Terjola, Kvareli, Kazbegi, and Poti are the cities where you can visit a wine brand shop along with its cellar and taste a glass of delicious, traditionally made. So if you consider yourself as a history lover, you may be fascinated by companies approach, meaning and I quote – “Khareba winery works towards the preservation of unique wine culture and produces wine by using ancient methods along with newest technologies.” 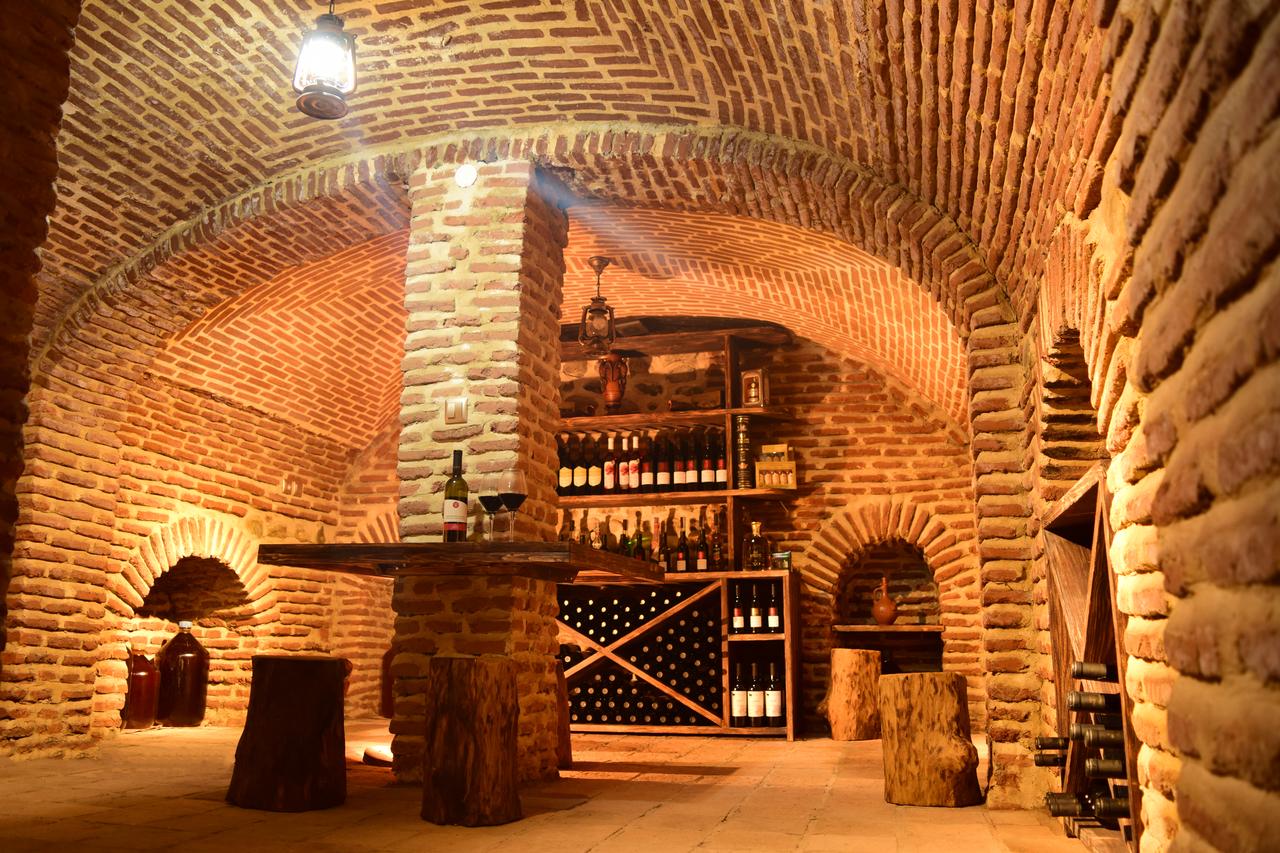 The best way to explore the true nature of Georgian wine is wine tasting, for sure. So where is the best place to have a glass?. As mentioned Chateau Mukhrani, Giuaani Winery, and Tbilvino are some of the most popular places to spend your time and money on wine tours. You can go there by yourself or you book a wine tasting tour with an operator. They bring you there and back to Tbilisi.

All tours offer different packages with different kinds and numbers of wine glasses, a specific winery founding history as well as inspiring local legends. Additionally, you can choose a package with wine and food pairing, or learn some tasting techniques. 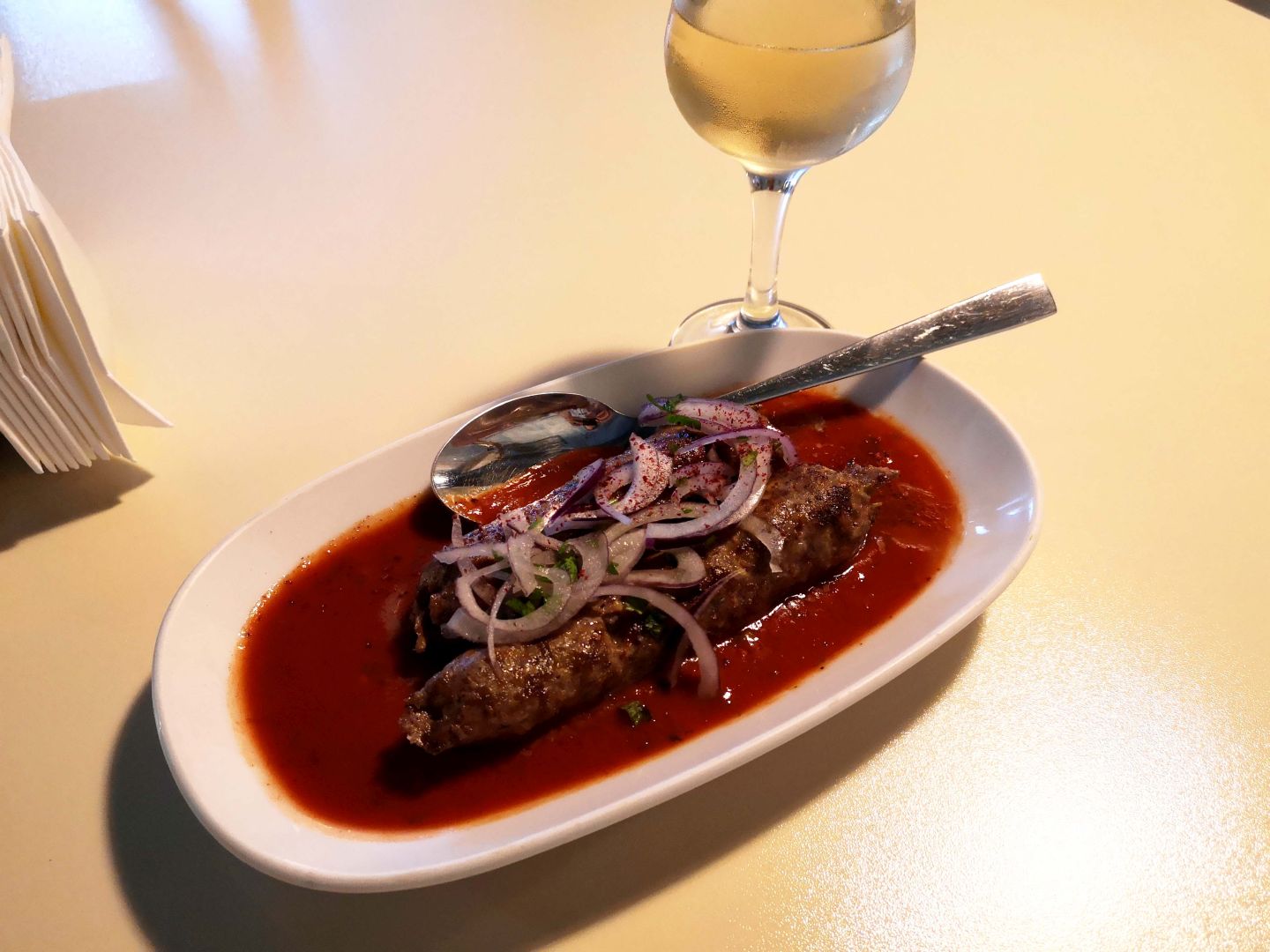 If you’re a wine lover, you should always know what food you should combine with what kind of wine. Why? Because a wrong choice can change the flavor of the wine in your mouth. So, if you have no budget for buying a suited masterclass, here are some tips for you:

➤ Don’t like wine? Read about Craft Beer in Tbilsi

Did you do a wine tour in Georgia?

Share your recommandations with other travelers in the comments. ⬇️⬇️ 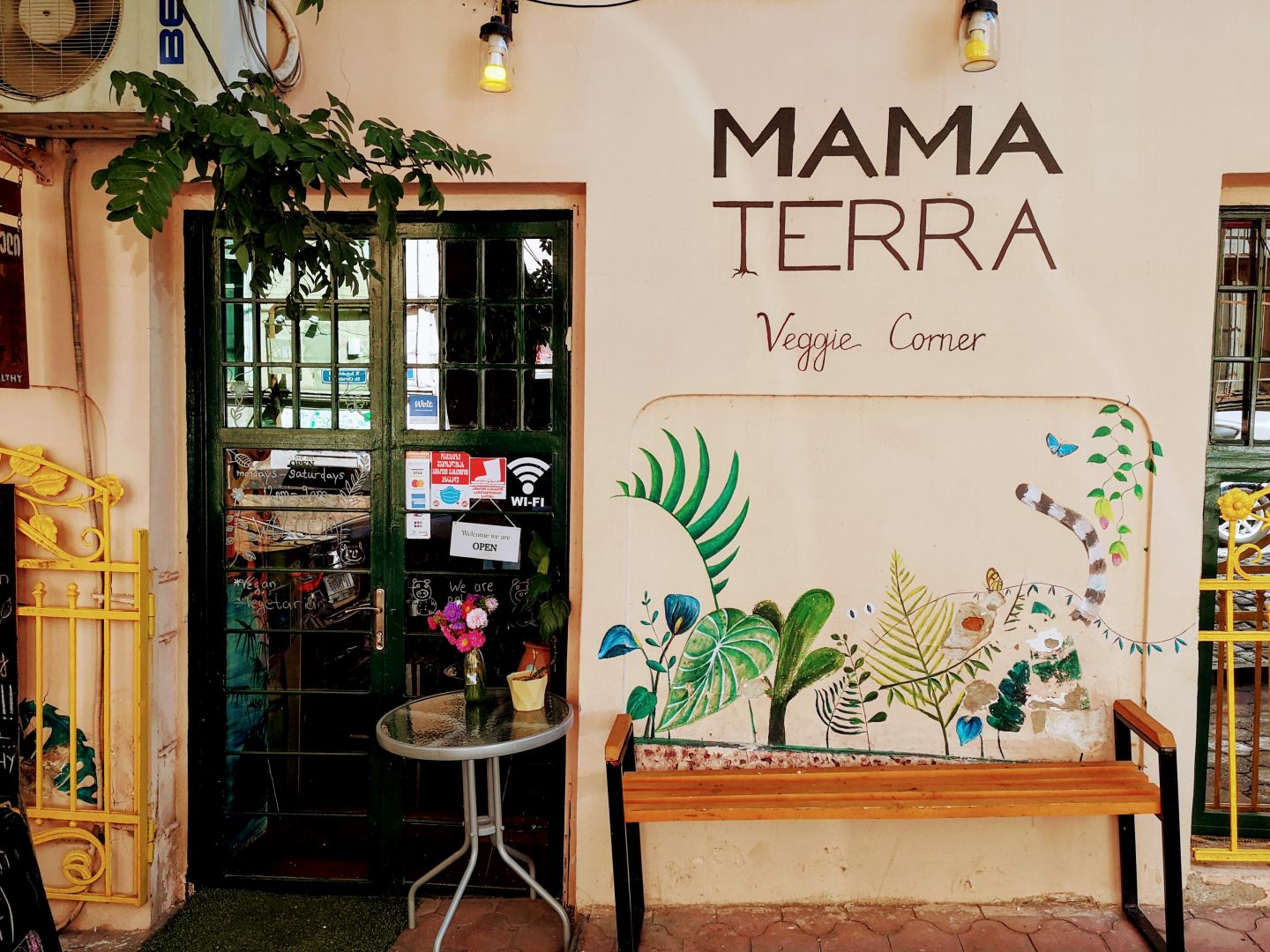 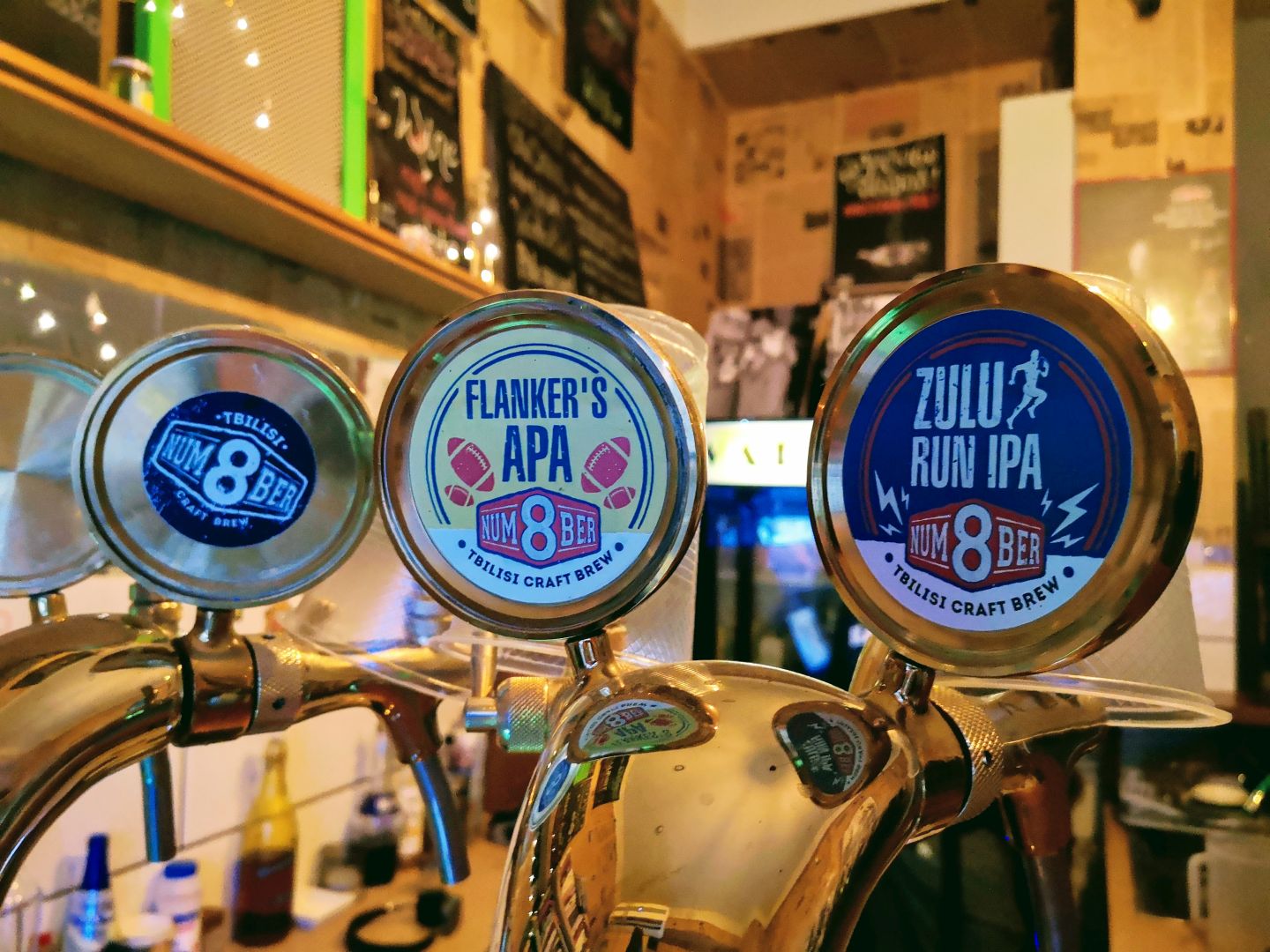 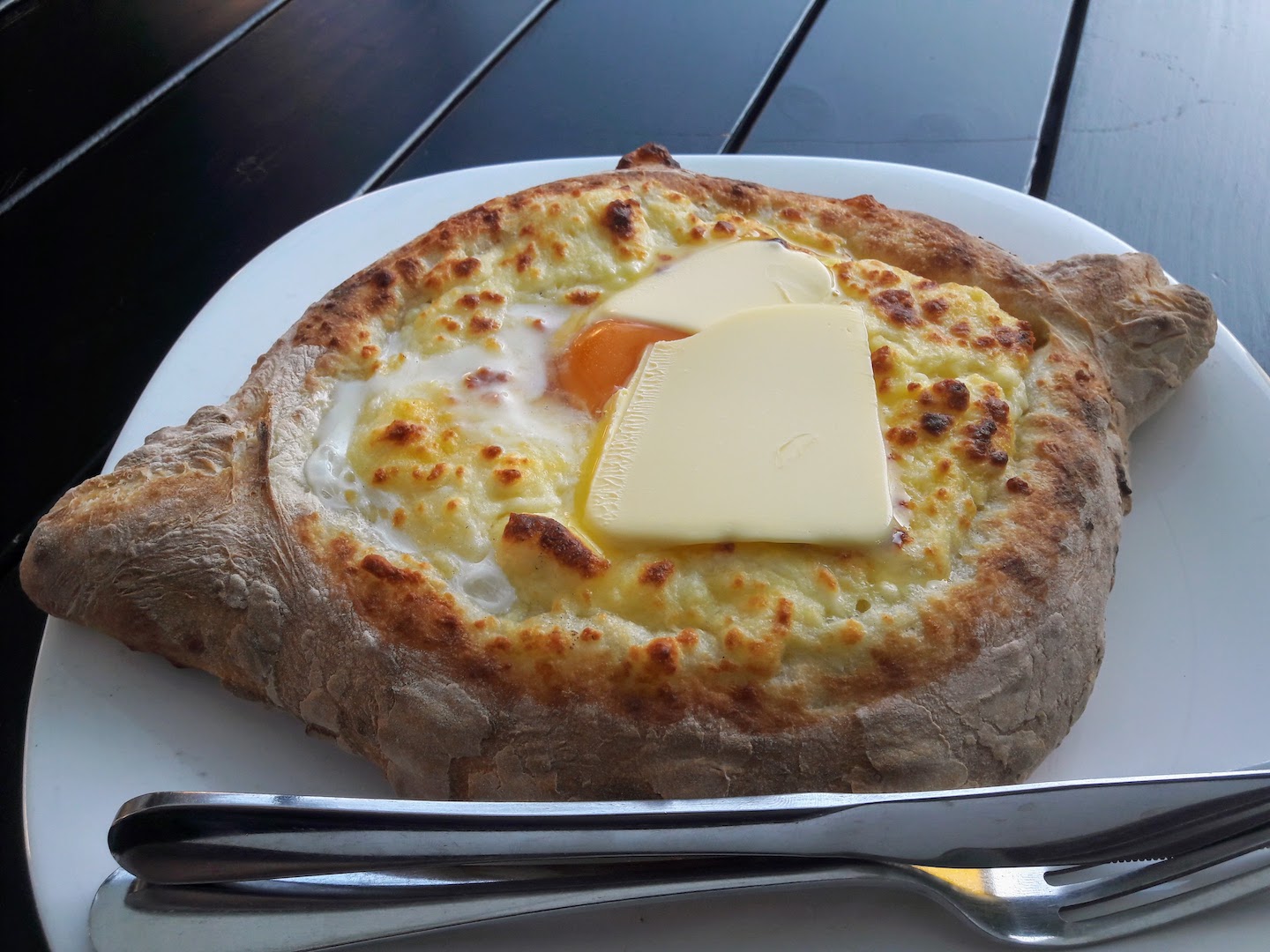 Famous georgian food – 10 local dishes you have to eat 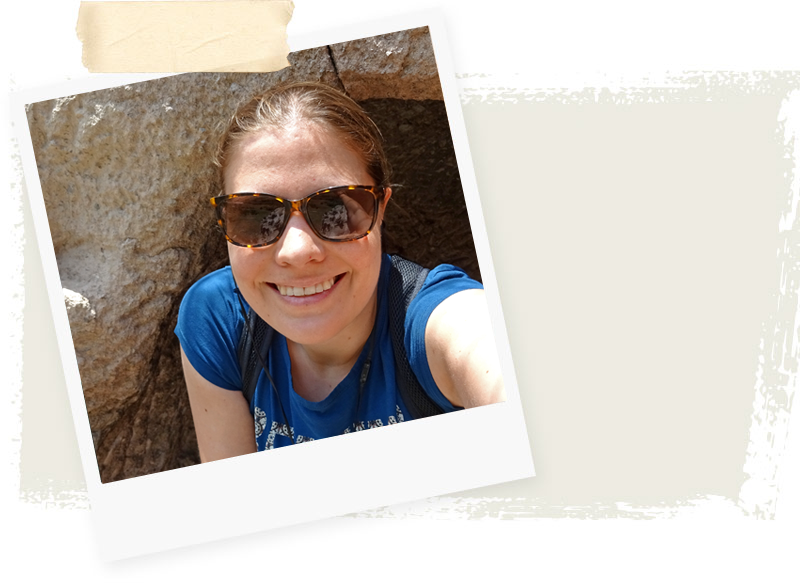